by ashishgupta
in Entertainment, Movie
0 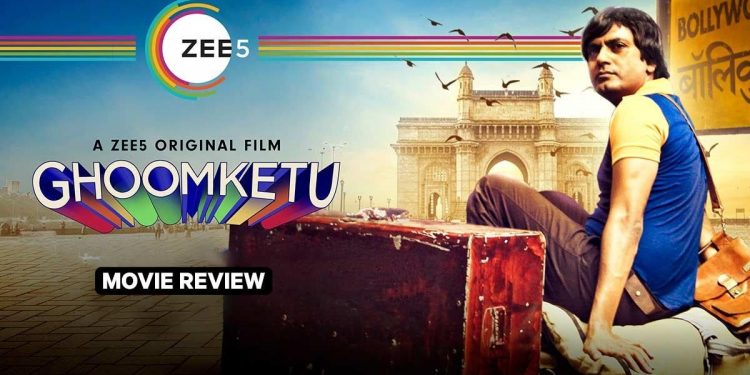 The new arrival of the film Ghoomketu has had fans beaming with excitement and anticipation. Here’s a short review of the film.

Ghoomketu tells the story of a man, Ghoomketu, who is an aspiring writer and wants to make it big in Bollywood. To fulfill his dream, he leaves his city in Uttar Pradesh and moves to Mumbai. However, to bring him back home, his family members deploy a lazy cop, Badlani. Coincidentally, Ghoomketu and the cop get 30 days to prove their worth. Will Badlani be able to find out about Ghoomketu or will the writer finally etch his name in Bollywood?

Ghoomketu, played by Nawazuddin Siddiqui, is flawless. He is impeccable in his art and plays his part naturally. His relationship with his aunt, played by Ila Arun, is sweet, loving and genuine.

The movie has its best moments in simple events. Be it the conversation between Ghoomketu and Badlani or the utter despair of the family members, every part of the film feels real. 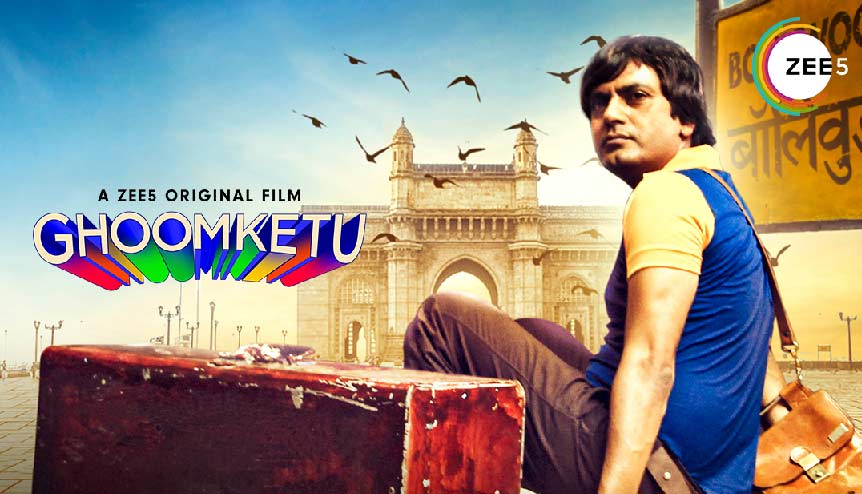 The cameo by Sonakshi Sinha and Ranveer Singh is one of the best scenes in the movie. The portrayal of how Bollywood actors are supposed to act is hilarious and catchy.

Ghoomketu has successfully captured the essence of a Bollywood parody, unlike some other films. It beautifully showcases the dreams of a naive writer who imagined life to be a bed of roses. The concern of the family members is equally well communicated through the film. Their unrest and despair is something every adult will relate to.

Although Nawazuddin Siddiqui unquestionably did a great job, Ila Arun comes across as the show-stealer. Her ease in front of the camera is evident and plays her character as if she’s living it.

Overall, the dialogues penned by Pushpendra Nath Misra are outstanding and the actors are at ease with their characters.

The film had finished editing in 2014 but was shelved due to various reasons. Hence, the editing in the movie scenes is abrupt and pretty jarring.

Also, the songs used to introduce the characters didn’t help the film either. They seem like item numbers and have nothing to do with the entire script of the film.

Anurag Kashyap as Inspector Badlani has extremely short screen time. The main charm of the movie initially lies in the developing thread between Ghoomketu and Badlani. However, the Inspector disappears midway through the story. His presence is only shown in the closing scenes.

Since the film was produced back in 2014, it includes some typical orthodox aspects as well. For instance, Ghoomketu’s wife is constantly fat-shamed and is meant to be funny. However, this aspect doesn’t seem appropriate in 2020 anymore.

The question is whether to watch Ghoomketu or not? Right? The answer is a ‘yes’. If you are looking for something refreshing, Ghoomketu is a must-watch. Its light-hearted premise makes it a perfect family film with typical Bollywood masala. You can watch it in ZEE5. Your lockdown will get better and lighter with this movie. Go and give it a watch!

TOMAS SOUCEK PRICED AT AN ABSOLUTE BARGAIN FOR A PERMANENT DEAL